Congratulations to our 2nd Au Pair of the Year runner-up, Erin Levendale! Erin arrived to the United States from Zimbabwe in March of 2019, spending the past 2 years with her host family of 7 children. Filled with laughter and love, the Hammonds home has welcomed Erin with open arms, dance parties, and sing-a-longs. Although Erin will return home in October of 2021, the bond she has formed with her host family will last a lifetime. Read all about their match story below!

We would like to nominate Erin Levendale for Au Pair of the Year. She has been with us for nearly two years now and because of the pandemic, was able to get a six-month extension, which we happily accepted. Erin came to us when our youngest was two months old, so she started working with our other five children while waiting for the newest baby girl to turn three months old. Erin had a lot of responsibility to take on with six children in all, but she quietly, kindly, and bravely took on the challenge. When she took over caring for all six children, the youngest was three months, the next was one and a half years old, followed by a two and half-year-old, a five-year-old, eight-year-old and ten-year-old. What an adjustment! And she did so with the best attitude! Erin quickly became part of our family. Our three youngest children adore her and often fight over who gets to sit next to her at the dinner table. Our seven-year-old son, Carter, has quite the crush on her. He tells her often how beautiful she is, especially when she is sporting a new hairstyle! Our oldest two girls talk to her about their favorite anime shows and Erin intently listens, even though she has no idea about what they are speaking. Erin has come out of her shell, as she is naturally introverted. She has participated in our crazy family dance parties and sing-a-longs.

At the start of the pandemic, our three school-aged children ended up in virtual school. This changed the dynamics at home and made things more hectic. The schedule to which Erin was accustomed changed and required a great deal of flexibility. Not once did she complain! When our three younger children, who are not yet school-aged, saw our oldest children in their virtual classes, they, too, wanted to do school. Because of the new dynamics in our house, Erin had to ensure that the younger children were not a distraction to our oldest children, while they were on their live virtual classes. She went over and beyond the call of duty and set up a classroom environment upstairs, in their playroom. Even though we told her that we would pay for any items she needs for the children, she spent personal dollars for special items and materials to include in their “classroom.” She began planning lessons for our children and teaching them content like how to identify and write letters, sounds, numbers, and shapes. She creates crafts for them and they are so proud of their work when they show us what they’ve been doing in class! Our recently turned two-year-old daughter can identify most of the letters in the alphabet, thanks to the work Erin is putting in every day with our children. They will be more than prepared for kindergarten! Part of the children’s schedule is lunchtime. She is in charge of planning and making their lunches and balances making healthy options with their favorite treats. The times when Erin is in charge of bedtime, she keeps our routine the same and reads their favorite stories, sings songs with them, and ends with sweet prayers. She tucks them in and gives them their milk. Our children love her and even have taken on her Zimbabwean accent on a few words! Our youngest children have grown up with her now and she is more than their caretaker. We are so grateful and relieved that she gets to stay with us for another six months. We don’t want to think about what we will do or how our children will feel when her time is up. 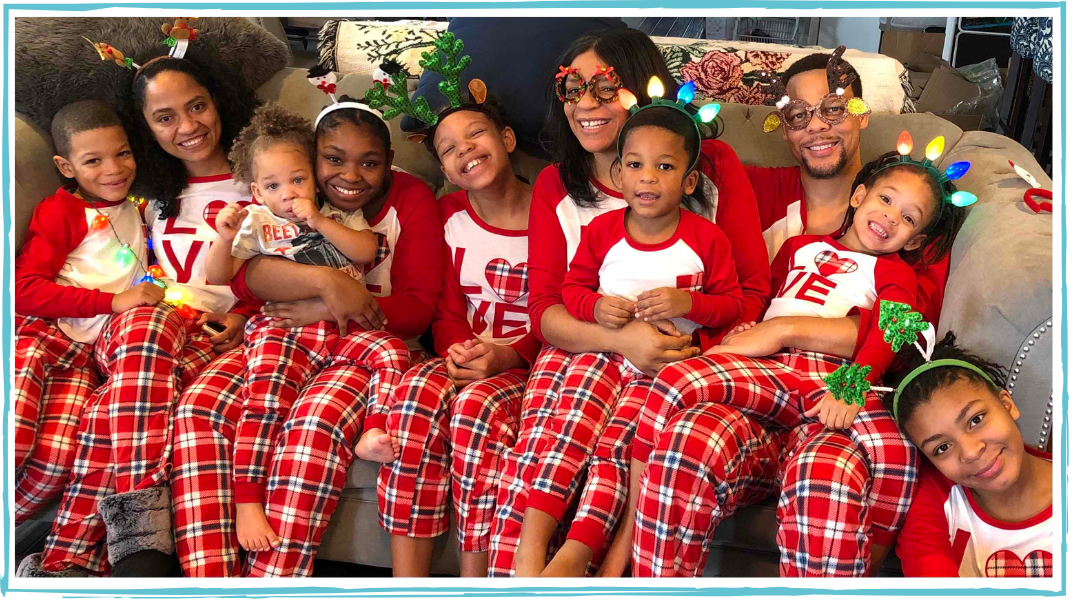 When Erin is off work she still likes to engage with the family and really has an interest in learning about American History and culture. She shares stories with us about her culture and we have learned a great deal about the differences and similarities between how we grew up. We laugh about the difference in pronunciations between the British-influenced English that she is used to and the Southern accents that we speak with here in Tennessee. Before the Pandemic, Erin was intentional about exploring Nashville and other states, taking in as much as she could about the rich history. As a result of the Pandemic, her travel has been more restricted than most, since we have three high-risk family members in the house. She has been so understanding about safety and protecting our family from Covid-19 exposure. Instead of being frustrated about the restrictions, she has been creative in finding ways to explore in a safe way. She has done virtual tours of museums, visited Fisk University on an outdoor tour, and taken an online class on U.S. History. In addition, Erin has participated in community service that has made an impact on families in need during the horrors of 2020. She assisted with packing food boxes for families of North Nashville, who were impacted by the March 3rd tornado. She also contributed to gifting a single mother of three children with toys, clothes, and tablets for Christmas, after they lost everything in the tornado.

Of course in every community, there are conflicts. We have had to navigate bumps in the road; however, Erin has kept a positive attitude and is always receptive to resolving any conflicts that arise. Erin has had to manage her own personal struggles as well. Two months after arriving to our home, Erin lost her grandfather. Before coming to America, she was one of his primary caregivers. When she left Zimbabwe, She often talked to him on the phone giving him updates on her new journey in America. His health was quickly declining and she could sense what she knew would be inevitable. When she got word that he died, she came to us, fell into our arms, and cried with a broken heart. It was the evening of May 10th, which was the night before our daughter Ellie’s birthday, for whom we had planned a party. It would have been completely understandable and more than appropriate if Erin remained in her bedroom the next day to deal with the emotions of losing her grandfather. Instead, she made the choice to celebrate Ellie, despite her feelings of despair. She helped with the setup and breakdown of the party. She even bought Ellie such a thoughtful gift. Ellie was always pretend playing “tea party with Miss Erin,” but didn’t have an actually tea set, so Erin purchased one for her. We could tell many more stories like this, that would prove how special she is to our family. We believe she is more than deserving of being named Au Pair of the Year. Please consider endowing her with this great honor!

and the entire Hammonds Family Party of 9